The 50 American States are now in session, and conducting state business 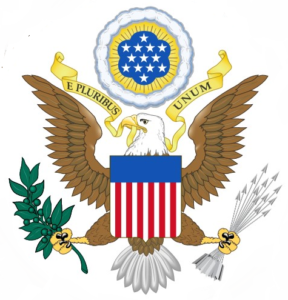 A State is not a State of State.

Read the statement above as many times as necessary and think about it.

Minnesota is not the same as State of Minnesota.

Minnesota is “corporate” but unincorporated — meaning that it has a name and a physical definition but is not “incorporated” into any other country or corporation.

Minnesota, the actual State, stands alone. It is complete. It has well-defined physical borders and is populated by living people.

All these other things calling themselves some variation of “State of Minnesota” are fundamentally different.

These States of States are various kinds of business organizations and they have no physical borders and no people live in them.

They are all incorporated, meaning that they are part of larger, parent organizations, and to the extent that they are “inhabited” they are inhabited by “persons” not people.

Persons are officers and employees of corporations who have duties to perform and who “reside” on a temporary basis in our actual States.

Stop a moment and think about what you have just learned.

The people living in Minnesota and the persons working for the State of Minnesota are not in the same political status. They aren’t operating in the same capacities.

Just like a State is not a State of State, one of the people isn’t a person.

The difference is very clear-cut, yet many of us get confused and think that the State of Minnesota is the same as Minnesota, when it is not. We also assume that if you have a pulse, you are one of the people, but in fact, you may be acting in the capacity of a person, instead.

There is an “apples and oranges” difference involved — and it needs to be clearly understood.

You, as one of the people born in a State of the Union, say Virginia, start your life as a Virginian. You are one of the living people of Virginia and you employ the State of Virginia (or some other State of State organization) to do business for you.

However, you can, if you so choose, go to work for the State of Virginia, and accept “an office of personhood”.

Do you see how that changes the capacity in which you are acting?

You went from being one of the people and an employer, to acting as a person and being an employee.

In effect, you left Virginia behind and entered the State of Virginia.

By doing this you subjected yourself to the private rules, codes, regulations, statutes, and policies of this business organization, which is simply in the business of providing “governmental services”.

In addition to accepting a paying job with a State of State, you can unwittingly enter this status if you “volunteer” to serve the State of State as a voter, a tax collector known as a “withholding agent”, a juror, or in any similar capacity.

Finally, there are two other ways you can leave your home in Virginia (or Minnesota or one of the other States of the Union—) and find yourself in the “foreign territory” of a State of State.

You can willingly and knowingly seek welfare benefits from the State of State, or you can be turned over to the State of State as a “ward of the state” — that is, an “incompetent” of some kind — an abandoned child, a pauper, a mental incompetent, or someone so physically incapacitated they can’t care for themselves.

Most of us have been misidentified as “wards” of State of State organizations when we were babies in our cradles. This has been done via False Registration processes that result in equally Unconscionable contracts obligating us to act as persons — known as citizens of the State of State.

So how do you get home to your birthright political status as one of the living people? A free man, a Virginian — living in Virginia, owed all the protections of the Law of the Land?

This question will be answered, but first, we need to look a bit deeper into the What these State of State business organizations really are — and Who or What operates them?

Original Sovereign Jurisdiction – Government of, for, and by the people/People.

Our actual government was set up during The War of Independence, between 1776 and 1781. The first instrumentality of this government was the Union of (E)states, published 4 July 1776, as a result of The Unanimous Declaration of Independence issued by the original colonies. A few months later, in September 9th of 1776, these new States joined together and created a Federation of the States of the Union doing business as The United States of America. Nearly five years later, the States additionally created a Confederation to take up some of the slack and conduct commercial business for them.

All three — the Union, the Federation, and the Confederation — were set up and functional during the Revolutionary War and all three continued to function before, during, and after the Constitutions were adopted more than a decade later.

Stop and think about that.

It is important to understand that the Federal Constitutions (there are three (3) of them) represent the implementation of treaty agreements that were reached with King George and the Pope as part of the Peace Treaties ending The War of Independence.

In the case of the Federal Constitutions, the People acting as State Citizens and occupying the international land jurisdiction owed to each of the States, agreed to pay for certain enumerated services and also agreed to delegate the powers needed to perform these services to Subcontractors.

Do you notice something important?

It’s only the Federal Subcontractors that operate under Constitutions.

Why? Because we don’t pay ourselves in gold to mow our own lawns.

So our actual government is the Union, the Federation, and the Confederation.

The Subcontractors are the American Federal, British Territorial and Papal Municipal Businesses.

So if you took an “Oath” to protect and preserve “the” Constitution against all enemies both foreign and domestic — were you told any of this?

Did you know that you were taking an “Oath” to support and defend the service contracts of the remaining foreign business interests?

Were you told that you would be working for the Pope (Federal Civil Service) or the Queen (U.S. Military)?

Were you told that the American Federal Subcontractors were out of business, still pending “Reconstruction”? So there was no possibility that you were working directly for the American States and People?

Were you told that, ultimately, no matter which remaining Federal Subcontractor you worked for, Federal Civil Service or U.S. Military, you’d be working for the Pope?

At any time, was it ever your understanding that you were working for the Pope or the British Monarch acting as his Overseer?

Exactly which one of these two entities did you mean to give your oath to?

The actual Government of the American States and People, or a foreign Federal Subcontractor?

And if you were never given full disclosure about any of this, why would you feel obligated to an Oath that was made under conditions of deceit and non-disclosure?

What possible legal or lawful obligation could ever be created by such an oath, purloined under conditions of non-disclosure?

We left off the discussion about the States and the States of States with the question of what are these business organizations? Who or what is running them?

We are now prepared to answer that question — there are two “States of States” organizations in each State of the Union.

One is a British Territorial State of State organization operating under names styled like this:

“the” State of New Hampshire.

The other is a Municipal STATE OF STATE organization operating under names styled like this:
“the” STATE OF NEW HAMPSHIRE.

There are not supposed to be any Municipal STATES OF STATES operating within the borders of our actual States of the Union. In fact, there should be no “Municipalities” anywhere on our soil and no Municipal Corporations, either.

The Constitution of the United States only provides for one Municipality — the Municipality of Washington, DC — and that is limited to the “one mile square” located within the Boundary Stones designated for it within the District of Columbia.

The Territorial States of States are, strictly speaking, not allowed either. They came in and usurped into the vacuum of power created when the American States of States ceased functioning — as an “emergency measure”.

They’ve kept the “emergency” going ever since, and never bothered to explain any of this to the American Public.

So we’ve had Cuckoo Bird British Territorial States of States operating in our States, and these organizations have operated in collusion with the Municipal STATES OF STATES to rob the actual States and people blind.

They formalized their collaboration via “The Declaration of Interdependence of the Governments in The United States”, signed in 1937.

The clear duty that these Federal Subcontractors owed to us was to fully disclose the situation at the end of the Civil War and to assist us in Good Faith to restore our lawful government to full form and function.

Instead, they left our actual flag faced down, struck, in the Capitol Rotunda, in the Senate Chambers and the House Chambers, and did nothing too correct.

They couldn’t even take care of the Title IV Flag we allowed them to use when exercising our “Delegated Powers” — they let a pirate like Russell-J: Gould walk into the capitol and claim it as if it were their property — instead of property belonging to us, The United States of America, the States of the Union, the American States and People.

Hordes of foreign political lobbyists have infested our Capitol and used our Public Resources and treasuries and assets as if we were gone on an endless holiday, “lost at sea”, and our erstwhile Allies, the Governments of Great Britain and Westminster, fed on our substance and plundered and pillaged our States and our people for generations.

These are the facts.

And if you are Americans, it’s time to take stock of them.

Please note that the deceptions involved are all similar forms of deceit.

No wonder people are confused.

We can’t tell our butt from buttercups without extreme effort on our own parts to delve out our own well-obscured history and map it out as we have just mapped it out for you.

And it all begins with the simple observation that a State is not a State of State.

Right now, the Perpetrators of these confusions have been thrown into havoc, because their constructive frauds and deceits and embezzlements have been discovered and brought forward.

Both remaining Federal Subcontractors are at least temporarily out of pocket, out of business, scrabbling around to create some new deceptively named corporation they can throw into the gap and hope to continue the same old game. In Scotland, they recently created a new version of THE UNITED STATES OF AMERICA (INC.) and we have already complained about their continuing abuse of our name and trademark.

In this case, the Delegated Powers have returned to The United States of America.

If you made an Oath to serve under those Delegated (and Abused) Powers, your Oath has returned to us, too.